Platform shows the evolution of land cover and land use in the 1,422,742 km² occupied by the biome - 37% of them covered by native vegetation

5th MapBiomas Annual Seminar: Revealing the land use in Brazil with science and transparency

Record of entries: 160 works from all over Brazil and abroad

MapBiomas is a multi-institutional initiative involving universities, NGOs and technology companies that have come together to contribute to understanding the transformations of the Brazilian territory through the annual mapping of land cover and land use in Brazil

MapBiomas Collection 5 data show the 35 years (1985 to 2019) of Brazil's annual land cover and use maps on a 30 m scale with improvements in accuracy in the biomes and new classes of agriculture. The new limit of biomes on a scale of 1:250,000 from IBGE has already been used.

Data of native vegetation suppression and regeneration data for all Brazilian biomes covering the period of 1988 to 2017.

Historical data on Brazil's energy, transportation, and mining infrastructure were incorporated including roads, railways, airports, hydroelectric, thermoelectric, and transmission lines, among others. 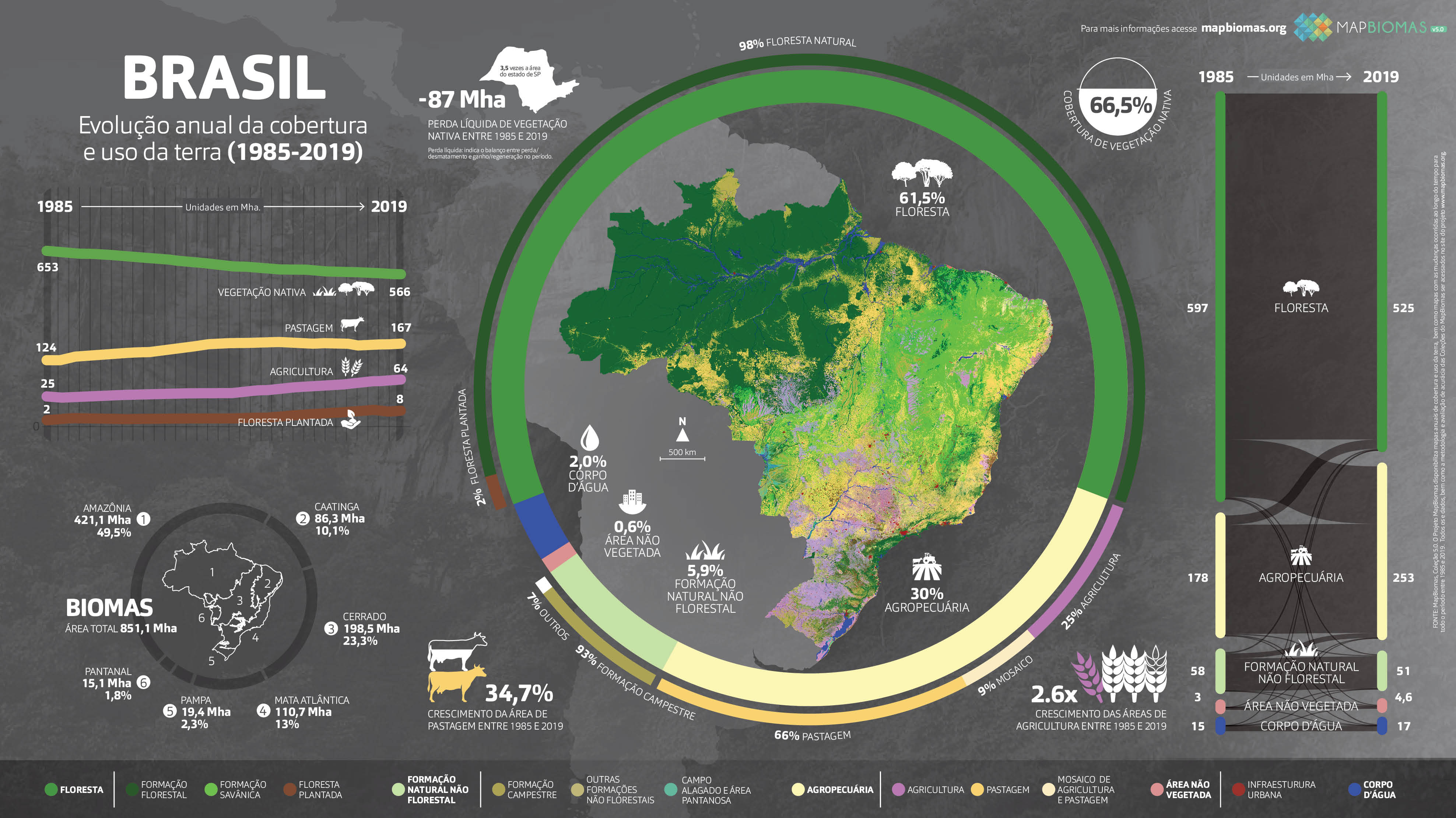 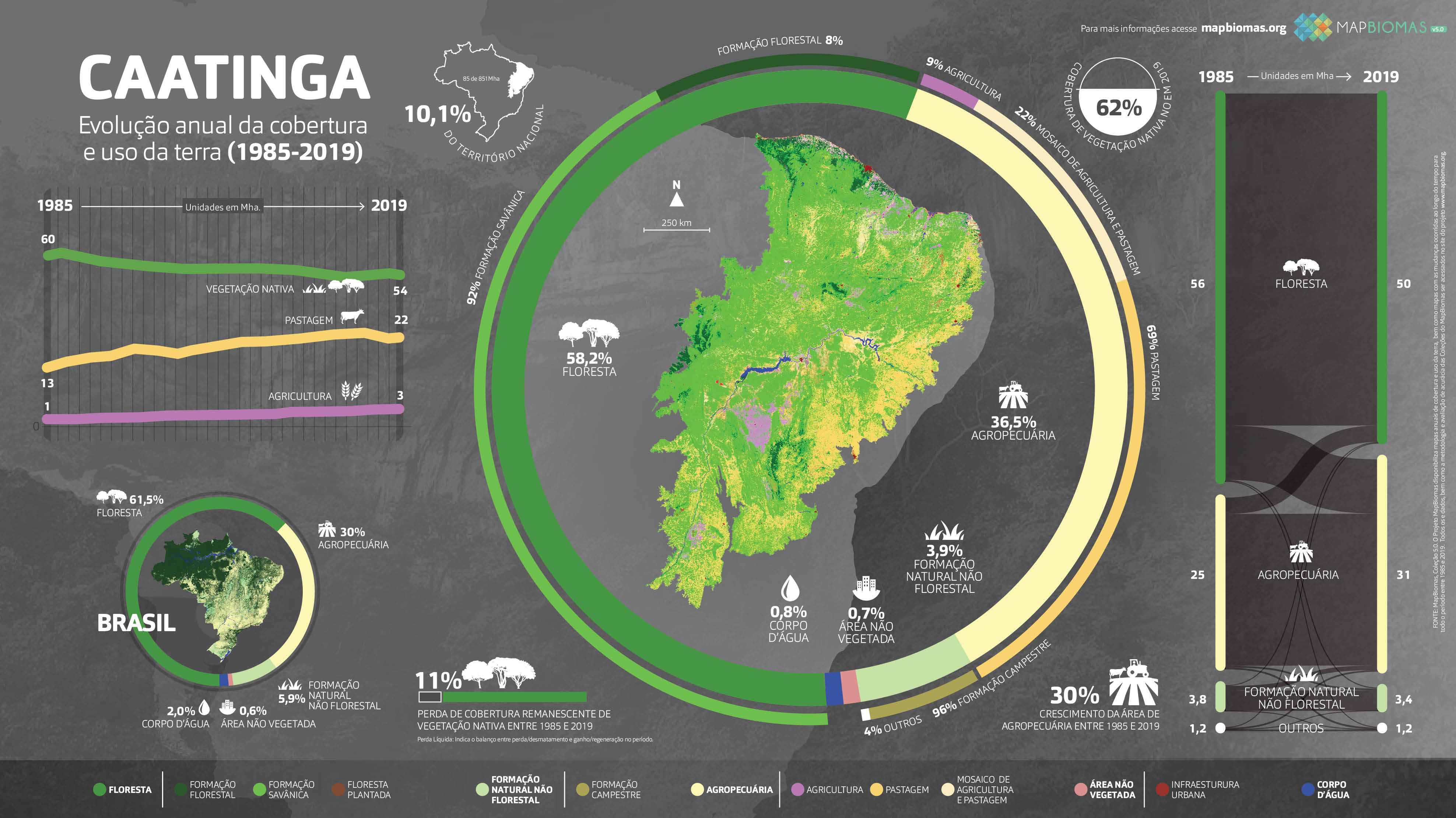 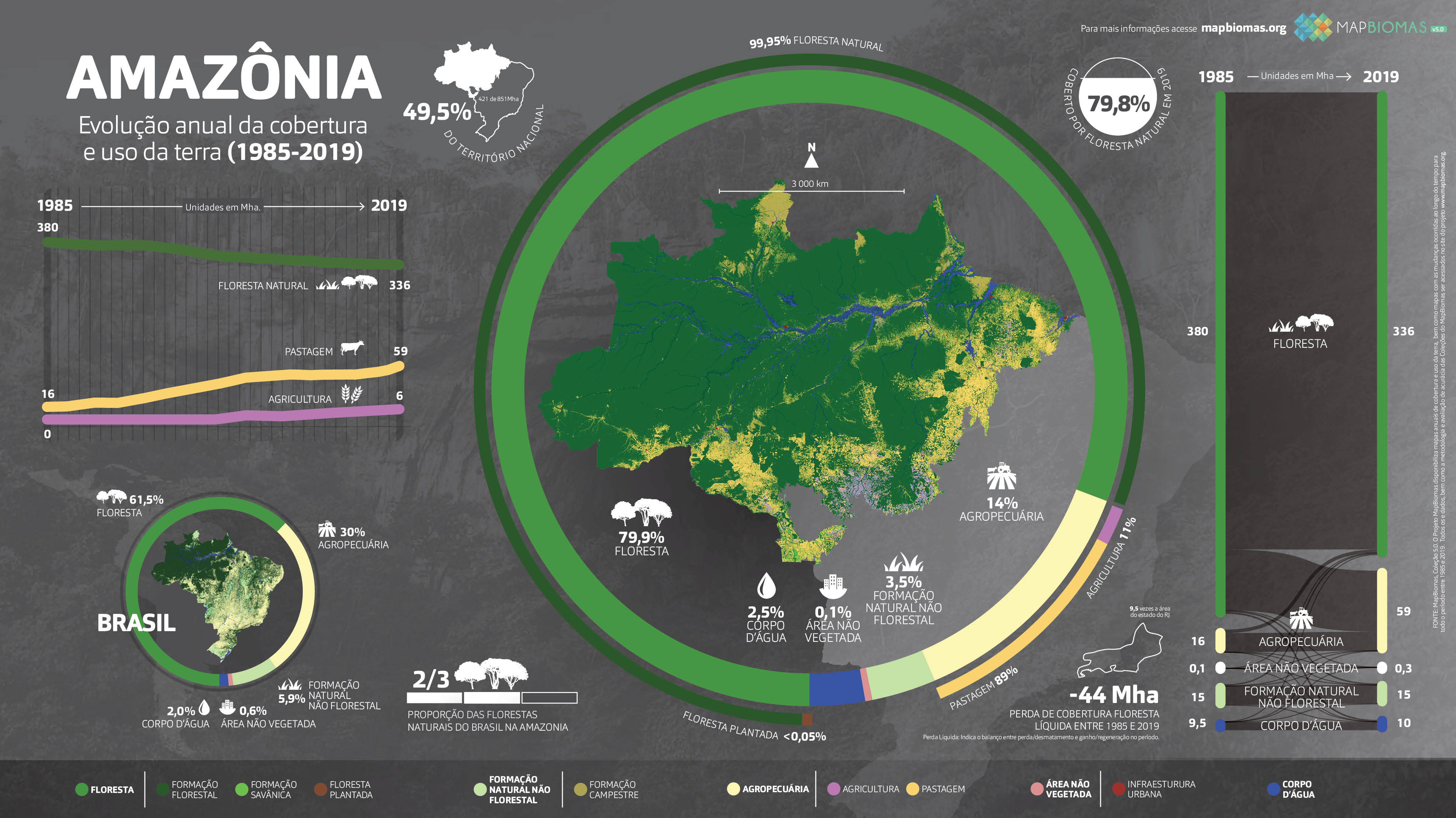 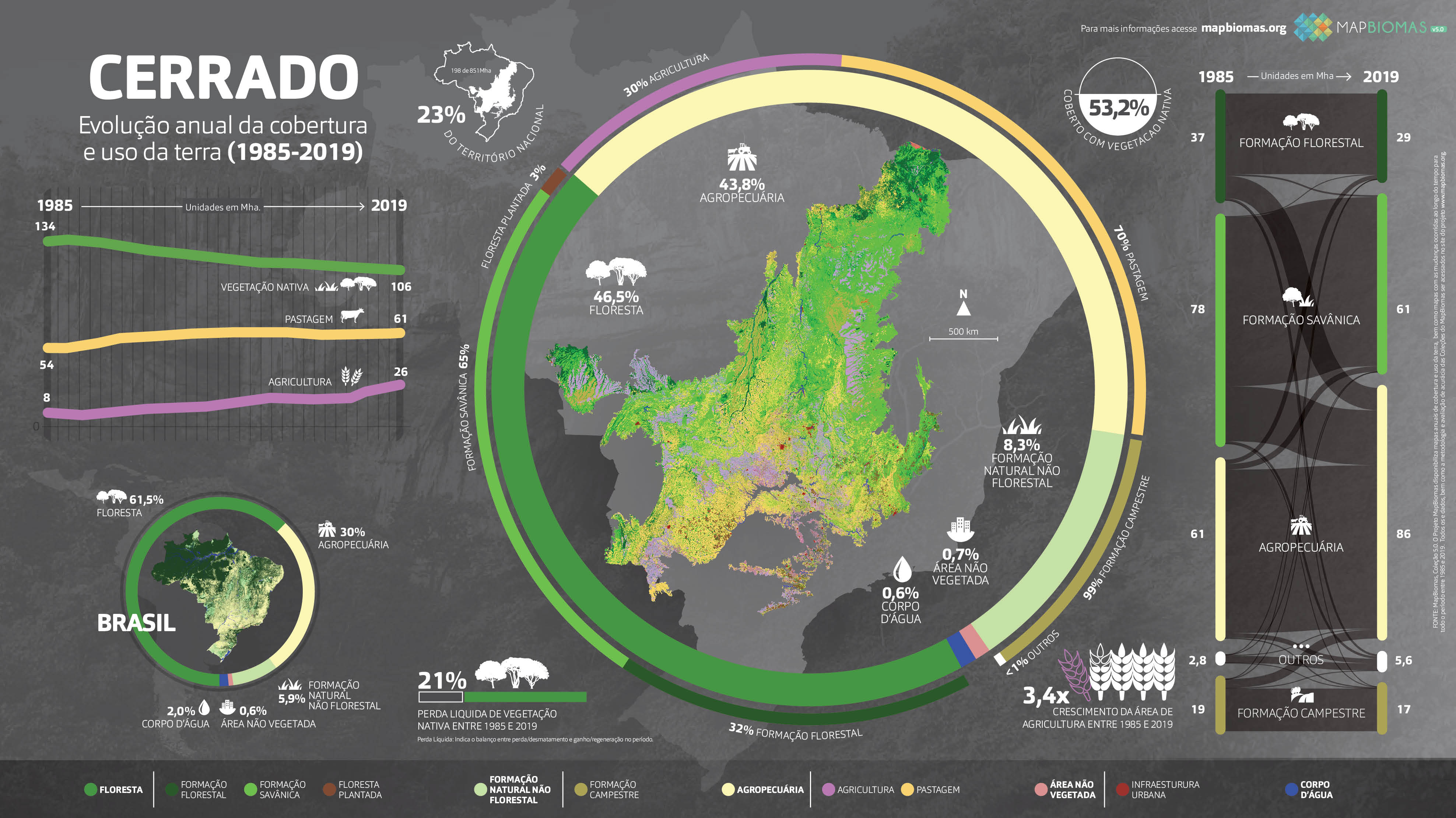 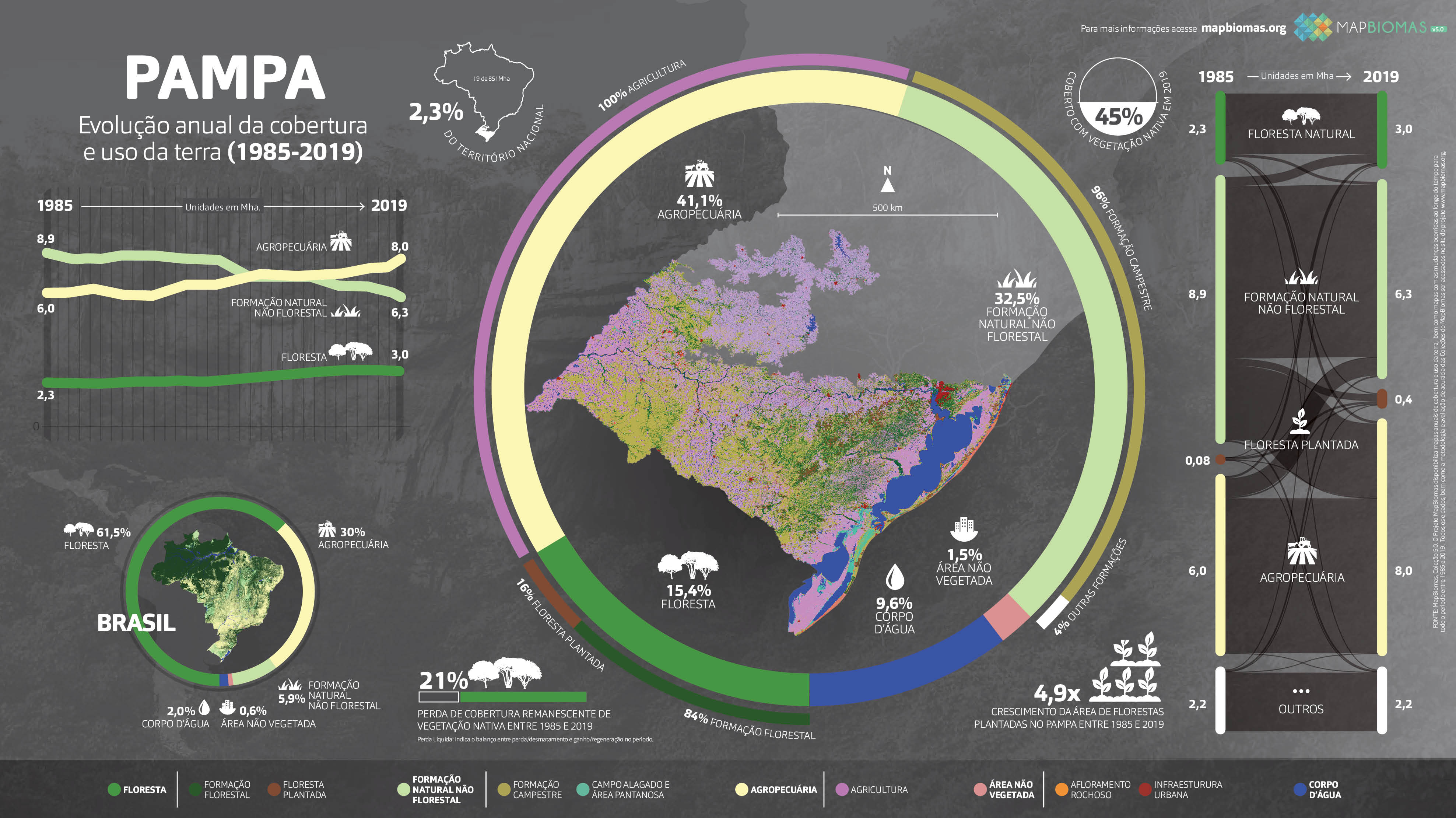 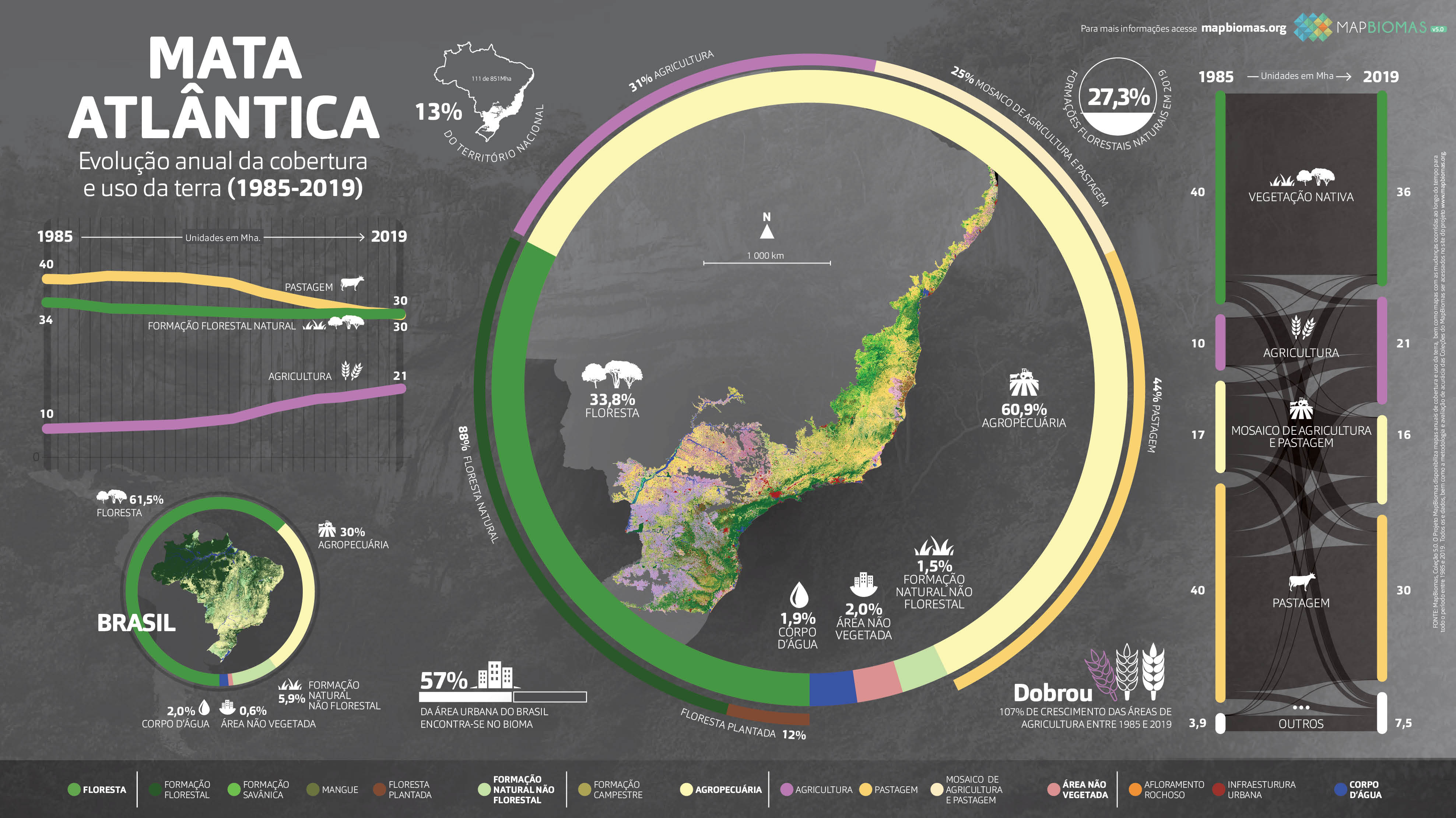 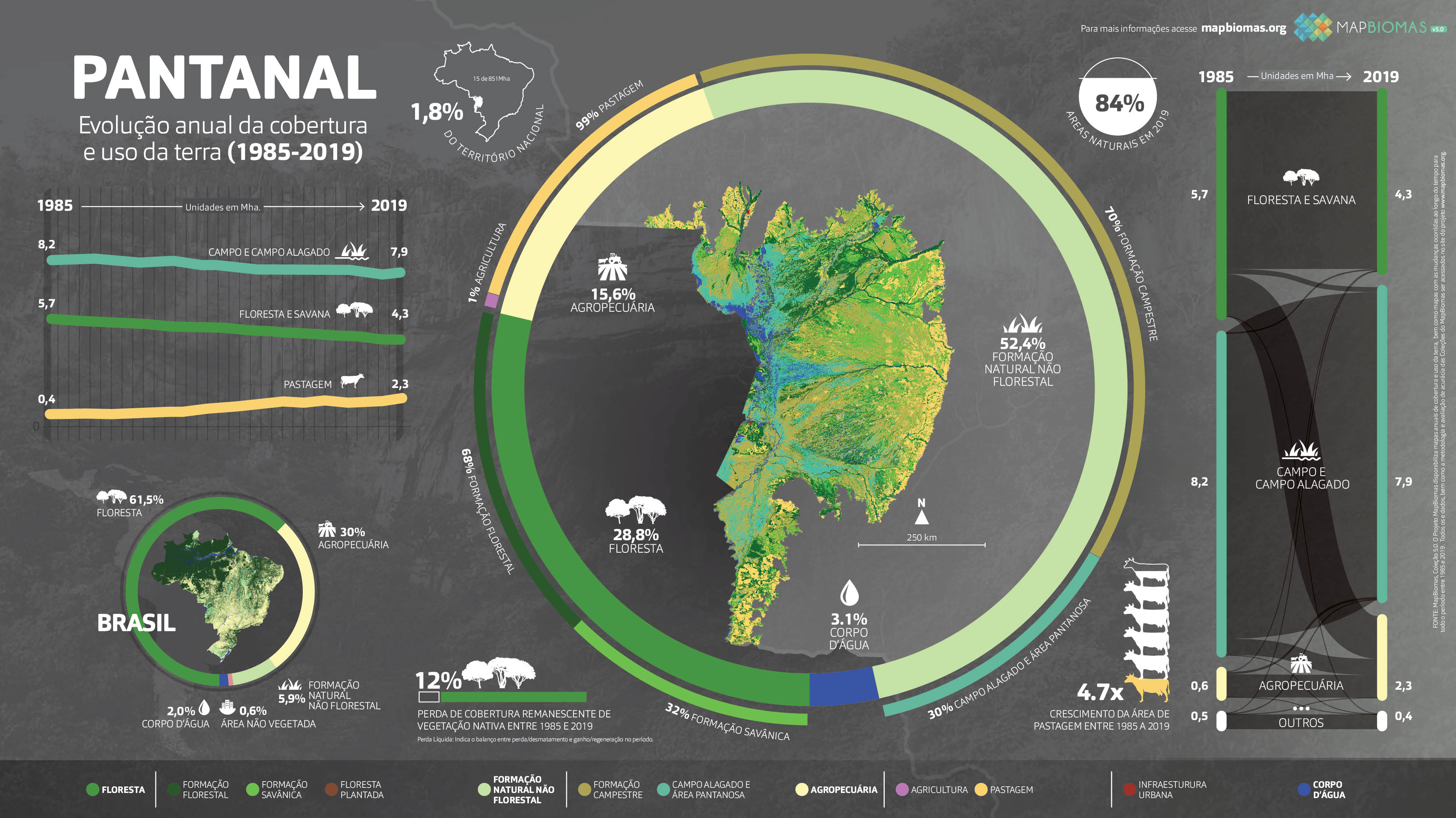 Be part of Mapbiomas network

Get to know the MapBiomas methodology and how the network is organized to generate maps and data on land use and coverage.