According to the survey, 82.1% of the Amazon is covered by native vegetation, and 62% of the remaining forest areas of the biome are in Protected Areas. Although the percentage of native vegetation seems good, the amount of deforested biome has been growing year by year, losing space to farming, urbanized areas and mining. In the last 36 years, the total expansion of urban areas in the Amazon biome was 236,000 ha, with Pará standing out as the Amazon state with the largest expansion, 1/3 of the new urbanized areas in the biome (34%).

The grassland and savannah formation, belonging to the biome, also suffer pressure and have lost territory, mainly because of land conversion for agriculture and cattle-raising. "The main vector of change in native vegetation are livestock and agriculture. In a smaller proportion of area comes urbanization, and mining has a more local impact. These changes also affect the water surface", explains the coordinator of MapBiomas Água and Imazon researcher, Carlos Souza Jr. According to the survey, between 1985 and 2020 the expansion of mining in the Amazon biome was 134,015 ha, with mining accounting for most of these areas.

Another relevant information brought by the study is that, in 20 years, the Amazon lost more than 19 thousand km² of water surface, a reduction of 16.4%.  According to the researcher, the main reduction in water surface area was occurring in the floodplain areas, most of them far from the deforestation arc, which is an indication that the cause may be associated with global warming. "This is a very direct warning sign to Brazilian society, especially to decision makers. The reduction of water affects the supply of cities, food production, energy generation and tourism, with negative consequences for everyone in the country", alerts Carlos Souza Júnior.

MapBiomas is a multi-institutional initiative that brings together universities, NGOs and technology companies that have joined forces to contribute to the understanding of the transformations of the Brazilian territory through the annual mapping of land use and occupation in Brazil. In August 2021, the MapBiomas Collection 6 was published with maps of land cover and land use in Brazil from 1985 to 2020. The tool developed by MapBiomas for all its initiatives provides information generated at a spatial resolution of 30 meters. The data is processed using automatic classification algorithms by means of information in the Google Earth Engine cloud. 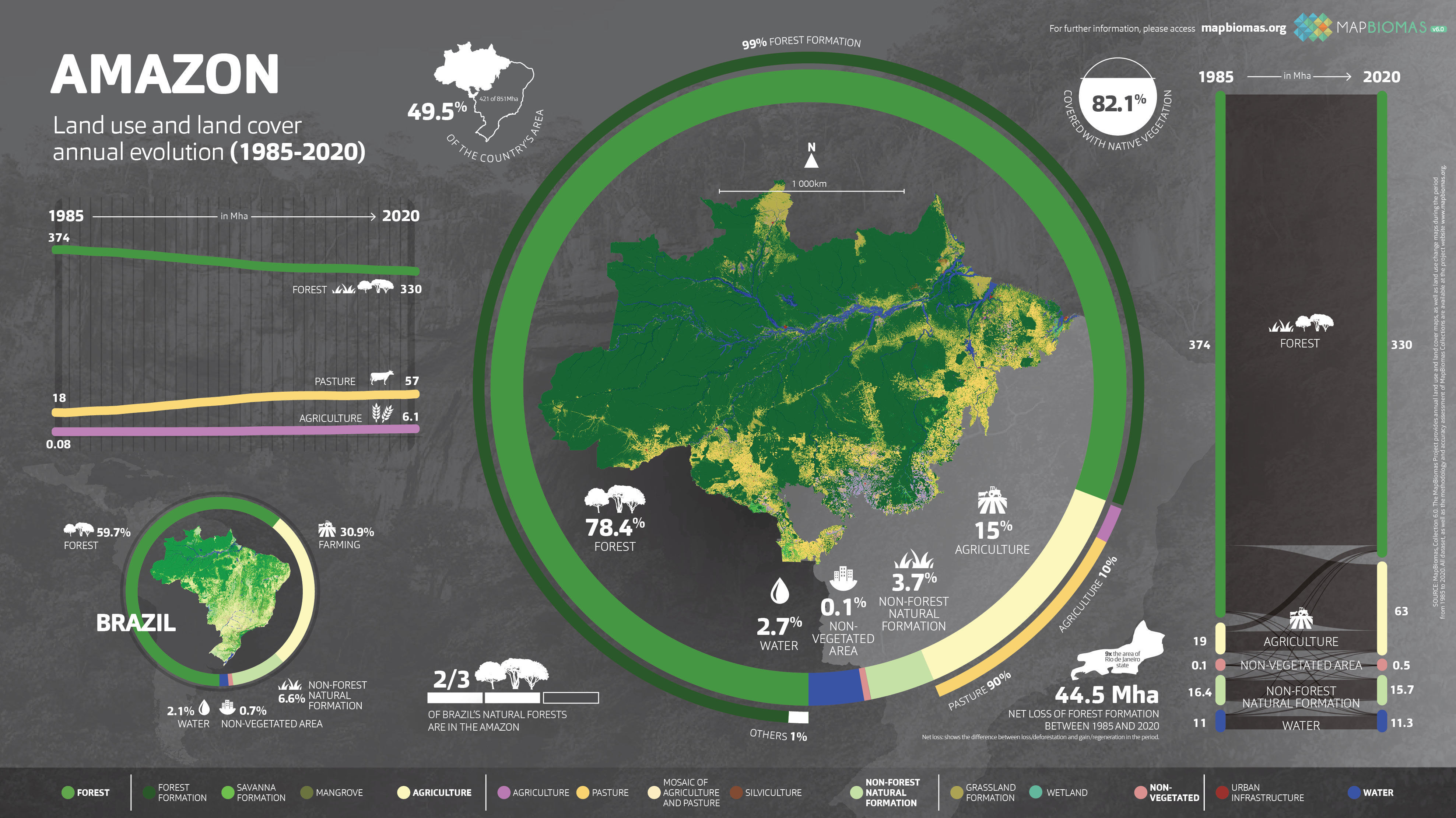